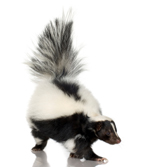 Q. I have a question. Will the critter gitter work during the day? I have a bear that raids my apple and pear trees in the middle of the day.

A. Yes. The Critter Gitter works both in the day and the night. Infrared light is different from visible light. It is invisible radiant energy, electromagnetic radiation with longer wavelengths than those of visible light. It is radiated (given off) by all living things. 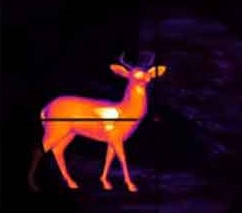 
Q. What is the range and coverage?

A. The coverage area is a pie shape 40 feet wide at a distance of 40 feet. This is approximately 90°. It takes four Critter Gitters to cover 360°.

Q. I heard the Critter Gitter is ultrasonic and cannot be heard by humans. How far away can animals hear it?

A. The Critter Gitter is NOT ultrasonic. In fact, on its high setting, it is very loud. One customer called to complain that his neighbor a mile away called him to ask what that noise was. On low, I had one in my attic (over my bed) to keep squirrels out in the winter and it did not wake me after the 1st night.

Q. Can I use a Critter Gitter to keep pests out of my garden?

A. Unless your garden is a long distance away from your neighbors, we wouldn't recommend it. On high, it will almost certainly wake both you and your neighbors in the night.

Q. How long does the battery last?

Q. Can I turn the Critter Gitter off from the front?

A. Generally, not without triggering it. However, if used with either an external battery or a Battery Eliminator, remote switching can be accomplished. An example is a dumpster protected  by a Critter Gitter using a battery eliminator that is plugged into an outlet with a switch, the switch can be turned off to dump trash then on when leaving.

Q. Do animals become accustomed to the Critter Gitter?

A. In general, semi-tame animals that live in urban areas are not as easily frightened as wild ones. The Critter Gitter has 7 different sounds to prevent animals from becoming accustomed to them. University tests have been done on deer using only single sounds to determine if a particular frequency will cause fear. There was no individual sound that could accomplish that. However, high frequency "ultrasonic sound" caused curiosity rather than fear and it attracted them instead of repelling them.

Q. Will the Critter Gitter scare a [insert animal here] away?

A. Critter Gitters are more effective on some animals and less on others. Our customers reports indicate they work best on bears of any kind. The repel rate is very high. However, the repel rate is much lower for squirrels. See our "works on" chart that has been compiled from customer feedback over the past several years. Also, keep in mind that we rarely hear about successes but we hear most about animals on which, the device does not work. Almost all of the positive feedback is in the form of repeat purchase customers. 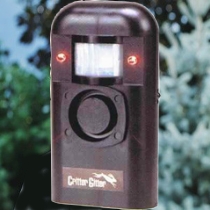 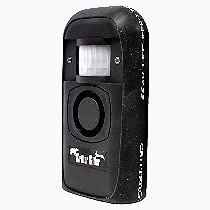 Send us your comments or questions

Your email address will not be published. Required fields are marked